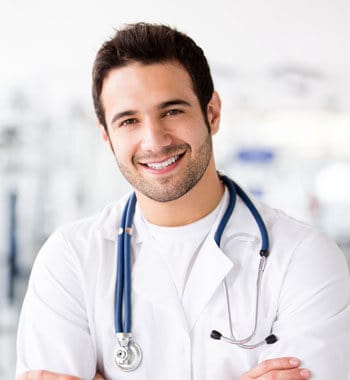 Bronchitis is an inflammation or swelling of the bronchial tubes (bronchi), the air passages between the nose and the lungs. There are two types of bronchitis–acute and chronic. Chronic bronchitis, a form of “COPD”, is a long-term condition that is usually caused by smoking cigarettes. In this newsletter, we will discuss acute bronchitis.

What is Acute bronchitis ?
Acute bronchitis, commonly referred to as a “chest cold”, is a short-term illness that is usually caused by a viral infection. Infections and smoke irritate the lining of the bronchi, which leads to increased mucus production and coughing.

What are the symptoms of acute bronchitis?
• Recurrent, hacking cough (with or without mucus production)
• Chest tightness and occasionally wheezing
• Fever and chills
• Often follows or accompanied by an upper respiratory infection (nasal congestion, sore throat, sinus pressure)

Do I need an XRay?
Acute bronchitis can usually be diagnosed by your symptoms and physical examination. Your doctor may hear wheezing in your lungs, specially when you cough. XRays are not usually necessary, but may be helpful in distinguishing bronchitis from pneumonia–an infection of the lung tissue that can be caused by both viruses and bacteria. Blood tests are also usually not helpful in diagnosing bronchitis.

Do I need antibiotics?
While pneumonia is treated with antibiotics, bronchitis is not because it is usually caused by a viral infection, and viruses do not respond to most antibiotics. Overuse of antibiotics can also lead to bacterial resistance, which has become a major healthcare concern in recent years. Most cases of bronchitis in otherwise healthy patients can be treated at home using:
• Over the counter cough medication such as guaifenesin (found in many brands such as Robitussin and Mucinex) and/or dextromethorphan
• Tylenol or Ibuprofen for pain and fever
• Fluids
• A humidifier, especially during dry winter weather months, can help loosen mucus and relieve congestion

How long does bronchitis last? When should I see a doctor?
You should see a doctor if your cough does not improve after one week. A cough that does not get better after one week could be a sign of a more serious illness such as pneumonia or asthma. Pertussis–the bacteria that causes whooping cough in children–can also cause a cough lasting several weeks. Although most of us are immunized as children, this immunity is usually gone or diminished by the time we reach adulthood. You should also see a doctor if you have:
• Medical history of immunocompromise (cancer on chemo, HIV, etc), Diabetes, Heart Disease, or previous Pneumonia.
• Chest Pain
• Difficulty Breathing

If your doctor suspects pneumonia or a pertussis infection, he may order an Xray or blood tests, and antibiotics may be helpful. If you have significant chest tightness or wheezing, your doctor may prescribe an inhaler for a medicine (albuterol) that helps dilate the bronchial tubes, or a steroid medicine that will help reduce the inflammation in these tubes. Doctors can also prescribe stronger cough medication, usually in the form of a narcotic.